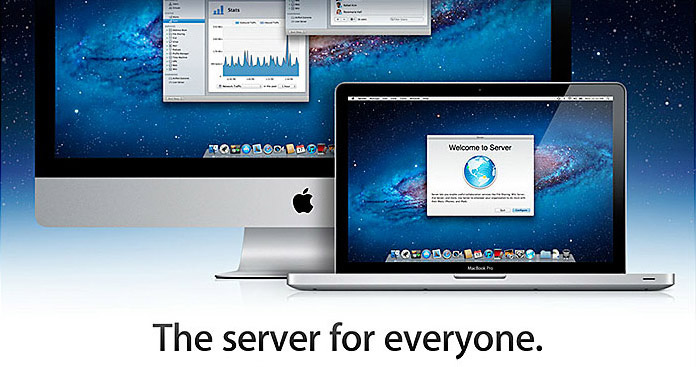 This is a guide to OS X Lion and Mountain Lion Server. There are a few differences but they are not major. Some people will want to run a server on an older Mac, one that doesn’t qualify for Mountain Lion. You won’t be able to find Lion Server on the Apple store, but I can confirm that Apple will still sell you Lion and Lion Server if you call Apple sales. So let’s get started.

OS X Server, the server for everyone. Well, nearly right because it is and it isn’t. OSX Server is certainly one of the most user friendly server installs out there, but it’s still a server, and setting it up has its own pitfalls that you can easily fall into. I have found that Apple’s own documentation on OS X Server comes in two flavors. The basic guide reassures you that everything works and it’ll be all fine, which is OK, until you need something more in-depth. Then you graduate to the advanced guides, which assume you are a network admin and UNIX boffin, and you soon find yourself well and truly out of your comfort zone.

So this is an attempt to create a guide for the rest of us. It’s my first stab, so if I have gotten anything wrong, or you have got some feedback, then feel free to give some feedback via the forums. I’ll take on any criticism and keep this updated and try to keep things as straightforward as possible.

First, I would have a look at Apple’s Lion Server pages and see what it has to offer, if you haven’t already. You may have already done this, bit if you haven’t, you’ll get an overview of what Lion Server can do, and if it meets your needs.

While we will be dealing with Lion and Mountain Lion server in this series, most of the subjects covered are also relevant if you are looking at setting up and running Snow Leopard Server, but there are differences. So if you are going to run Snow Leopard Server, then by all means read on, and where there are differences that I don’t cover in this series, then I suggest you post any queries in the Mac Forums where you’ll get help with issues not covered here.

Do I need OSX Server?

Before we start, you have to ask yourself whether you really need to run OSX Server. Lion Server comes with a host of features, from a mail service to wikis and collaborative calendars. If all you need is to share files and maybe host a shared iTunes library on a machine at home, then honestly, you are better off with the sharing capabilities built into the regular OSX. So here’s a shortlist of some of the services Lion Server offers to help you decide.