Background
A while back, I remember hearing a theory floating around that running a Mac in clamshell mode forced OS X to throttle the processor to save on heat. There is a tiny bit of anecdotal evidence to support such a claim (here) which ultimately suggests that something about clamshell mode might be slowing down the performance of the machine. As someone who runs his machine in clamshell mode quite frequently (the compulsive neat freak in me loves that it saves me space on my desk), I decided to put this to the test. What follows are the results. 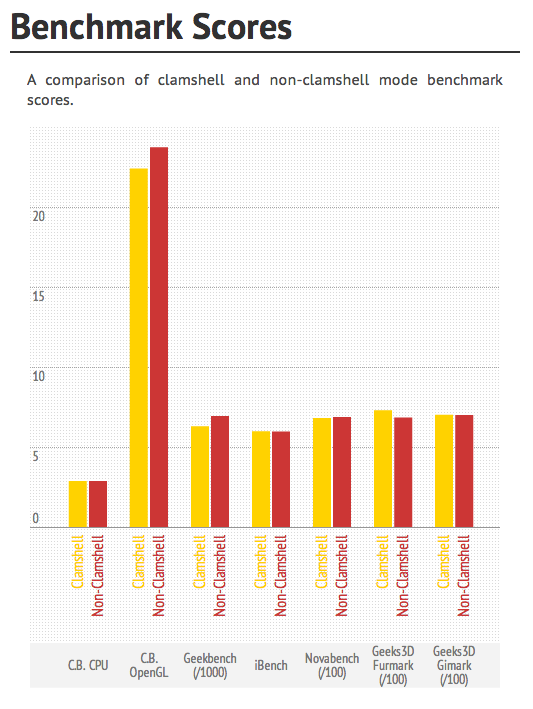 The benchmark scores here, although slightly different, seem to suggest a pattern of consistency across the tests. As such, I am disregarding any variations as reflective of the synthetic nature of the tests and the slight variations in conditions that will have inevitably played a role.

Not content with purely synthetic benchmarks, I ran OpenSSL’s speed tests. For this, I noted down how long it took for OpenSSL to perform signings. Here is what I found: 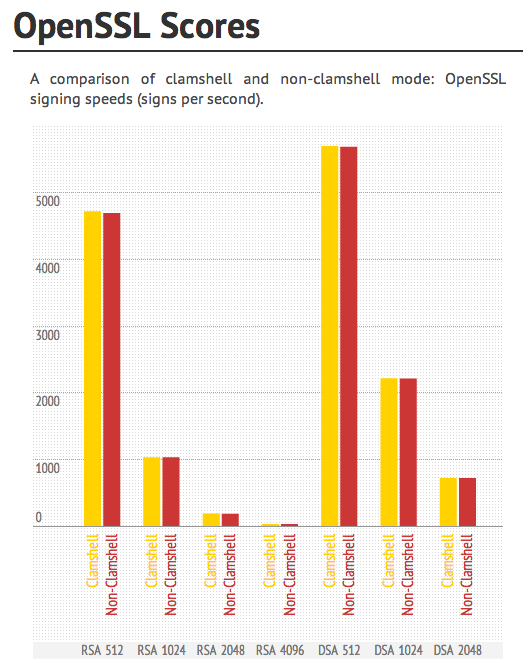 Again, the timing was consistent across setups, suggesting that clamshell mode has little impact on the performance of the machine.

The full scores and graphs can be viewed here.