Raz0rEdge said:
What version of macOS are you currently running? If you aren't at Catalina, you should at least do that upgrade.

That will give you a few more years of usage, but then apps are going to slowly start moving their minimum supported OS beyond Catalina and you'll be stuck without OS and app upgrades for long enough that it'll be time to upgrade.

Your machine is now 10 years old and things have changed dramatically (for the better) in those 10 years and will continue to do so into the future.

So when your machine starts failing you (for whatever reason), upgrade.

No company is going to indefinitely support old hardware and software. With Apple releasing new versions of the OS every year, this is how it is. Also, there is no way to force the upgrade (and even if there is, I wouldn't recommend it).
Click to expand...

That's the Catalina I have now.
I intend to keep this computer until it is completely useless, don't want to spend money on things I can still use but I understand you. The battery capacity on my computer is still 95%. Almost never use it without a charger.
It is 10 years old but I have updated it to 16GB of rammine and also changed the hard drive to flash memory. I have a Macbook Air that is 2016 or 2017 and my Pro is significantly better. Pro which I use the most meets all my needs but as you say. When it can no longer be used, I will have to buy a new one. But having to buy a new computer for the actual upgrade when the computer works is too **** much. Same thing with cell phones.

If your computer works for you, then by all means use it, no-one is forcing you to upgrade.

There will just naturally come a time when you'll want to upgrade, is all I'm saying.

No-one is saying to upgrade your Mac every year like a phone.

However, I will say that I know a few who do just that. Macs hold their value extremely well, so the folks I know will purchase the latest Mac and use it for a year or so and then sell it for nearly 80-90% of the original cost and put that against the upgrade. It's a lot of work and most people don't do this.

Costovic said:
I did not know that. The computer still works perfectly. Is Apple telling me to buy a new computer or is there some way to update it to a newer version(s)?
Click to expand...

Apple isn't "telling you" anything. Your computer will continue to work indefinitely with the OS version and the applications that you currently have on it. You can continue to use it until either repairs become more costly than you want to invest in a ten year old-plus computer, or until you decide that there are more modern applications available that you would like access to which would require a new computer.

Of course, there are users who go well beyond those recommendations. Users with internal SSD's, rather than rotating disk hard drives, sometimes have computers that can seemingly go for decades without needing repairs, assuming that those drives don't become full. However, doing so runs the risk of your SSD suddenly dying with no warning, and a dead SSD can be expensive to recover if one doesn't have a backup.
C

Will my computer get security updates ?
OP

Catalina was introduced in 2019. According to what I have read Apple will update some security issues in older OS version but due to new architecture in newer OS versions not all updates will be provided to older versions. As of now Big Sur and newer are getting all the updates. This article may explain it better. 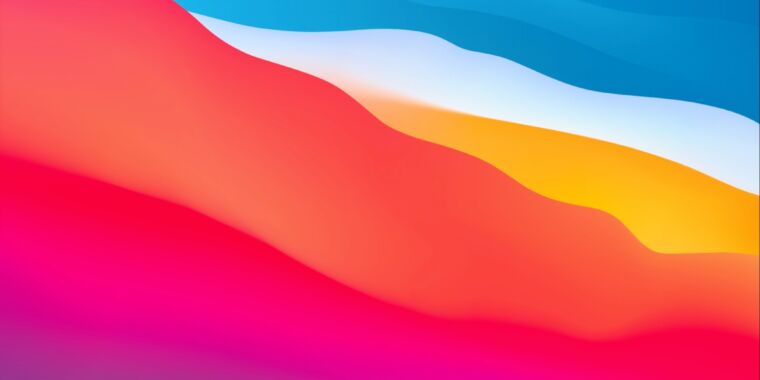 New document confirms what security researchers have observed for a few years.

My husband's 2011 iMac runs High Sierra as that is all the farther it can go. When it stops bringing up the websites he likes, I will get him a newer iMac. He does not do any banking on it so I am not really concerned.

Costovic said:
Will my computer get security updates ?
Click to expand...

For a couple of releases, yes. After that, the expectation is that you upgrade to the newer OS, if supported, continue using the machine at the current security level or upgrade to a newer Mac and thus newer OS.

FWIW, I recently purchased a new iMac that had Ventura preloaded. I used Migration Assistant to move everything on the old iMac (which was running Monterey albeit VERY slowly) to the new iMac. Was flawless. Speed is back to where it should be. Ventura seems pretty nice. Specifically like login touch button.
Share:
Facebook Twitter Reddit Pinterest Tumblr WhatsApp Email Share Link