Macbook air 13" Mid 2013. This laptop has had 925 charges/cycles. I used it last night and left it at about 50% battery. I used it this morning and tried to charge it at 6%. I plugged in the mag charger as usual and zilch. No light, nothing. Before I rush out... send off for a new charger, can anyone tell me if it could be something else, duff battery for instance.

Keep it on the charger for a bit longer to see what happens. And download the free coconutBattery app to check your battery status. If the battery checks bad, then that's likely the problem.
H

I tried it in different points on the power board that I use and it wouldn't work. When I tried it in a wall socket, it worked. So it's probably a faulty power board. I'll disconnect it and spray some switch cleaner in there. Sorry for the (hopefully) false alarm.

Still worth getting the free Coconut Battery app as you can use it for your portable devices as well. Just connect your iPhone etc via USB and open Coconut Battery.
H

Here's the screenshot of the Coconut Battery app. Looks all right to me. What do you think? 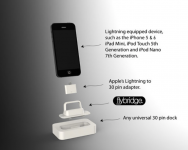 hoody said:
I tried it in different points on the power board that I use and it wouldn't work. When I tried it in a wall socket, it worked. So it's probably a faulty power board. I'll disconnect it and spray some switch cleaner in there. Sorry for the (hopefully) false alarm.
Click to expand...

A lot of the cheaper type Power Bars have and use a cheap over-voltage/surge protection chip that when blown makes the power strip useless. Some will have a light indicating that the chip has been blown, so it may not have anything to do with the switch.

PS: Also make sure the wall receptacle it's plugged into has AC power!!!

Anyway, glad to hear you found the source of the problem. I don't know

hoody said:
Here's the screenshot of the Coconut Battery app. Looks all right to me. What do you think?
View attachment 30325
Click to expand...

It looks a bit tired. The design for that battery is for it to hold 7150mAH, but right now the max charge is only 5673mAh, or about 79%. That's 20% down from the day you bought it. So if it lasted, let's say, 8 hours on a charge on day one, today it will last only 6.4 hours on that charge. If that's ok with you for your usage, the rest of the report is fine.
H

Thanks for the replies. Everything's still happening one after the other so A new battery will have to wait. A$235.00 for a new car battery yesterday, A$3,000,00 for a transmission rebuild a few weeks ago and so the list goes on. Surprisingly the charger now works in the usual socket. It didn't need charging, I just thought I'd try it, so Patrick, I don't know either.

Hmm, your power socket may be a bit "wonky" I think.
Just for comparisons sake here is the report on my 2016 MBP which had to have it's battery replaced under warranty (see the date on the battery info pane). 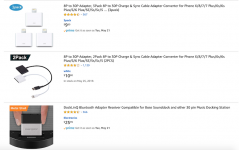 Yep, I think the same Rod. I'll get another when the pension comes in. Thanks.

I can relate to that Pete. I'm an Aussie expat living in Bali because it's cheaper to live here and rent my house in Australia than exist on one aged pension in Australia.
When my wife qualifies for the Aged Pension next year it may be possible to move back for 6 months at a time.
H

Must admit I hadn't thought of Bali. However, I spoke too soon. I now have nothing no matter where I plug in. If it's the computer itself it's probably an easy fix... if you know what to replace. I've seen some helpful stuff on Louis Rossmans site, but I don't think he take questions. Next time I see my youngest son down in Brisbane I'll have a try with his charger, in fact, I think I gave it to him when I somehow ended up with an extra.

Haha, good luck with your son, if he's anything like mine he'll say he doesn't remember where he put it. It sure sounds like an erratic supply but it could just as easily be the internal power board.

Hopefully it's the supply because there's no one around here that repairs them.
J


Rod said:
I can relate to that Pete. I'm an Aussie expat living in Bali because it's cheaper to live here and rent my house in Australia than exist on one aged pension in Australia.
When my wife qualifies for the Aged Pension next year it may be possible to move back for 6 months at a time.
Click to expand...

Hi Rod
Interesting! I lived in Thailand for 2 years for the same economic reason, after trying Spain & Turkey. Bought a fabulous apartment in Turkey for peanuts, convinced I'd see out my days there.
Every Turk was so friendly, helpful & honest, fabulous families. BUT... decided I ought to find out all about Islam. Wish I didn't do that, horrified & somewhat worried; eventually some young [devout?] muslim guys threatened me so I had to leave. Terrible shame, such a fabulous country.

Thailand-- as you no doubt know, lovely people deserving of respect. No religion problems there, Buddhism is admirable even to an atheist! I did find the language impenetrable so some things were hard to get done cos English was not commonplace in Chiang Rai.

Hopefully your experience in Bali is better? Recent news about Indonesia's new laws smacks of Islamisation, even Sharia which would be a disaster for Bali's Buddhist culture.

Anyway I had to return to Australia for family reasons, my daughter was very unhappy with my 'abandoning' her; fair enough. Also the UK stopped my pension when I was in Thailand which I just could not get resolved until back in Oz.

Enough waffling! Have a good life in Bali.

I didn't go down to my sons place to use his charger because man flu got me. Anyway, I'd already sprayed the magsafe 2 plug with switch cleaner but wasn't game to spray the laptop end. Today I soaked cotton wool buds with switch cleaner and cleaned the socket laptop end and it seems to have done the trick. I've never heard of this before but fingers crossed, I've done it.
H