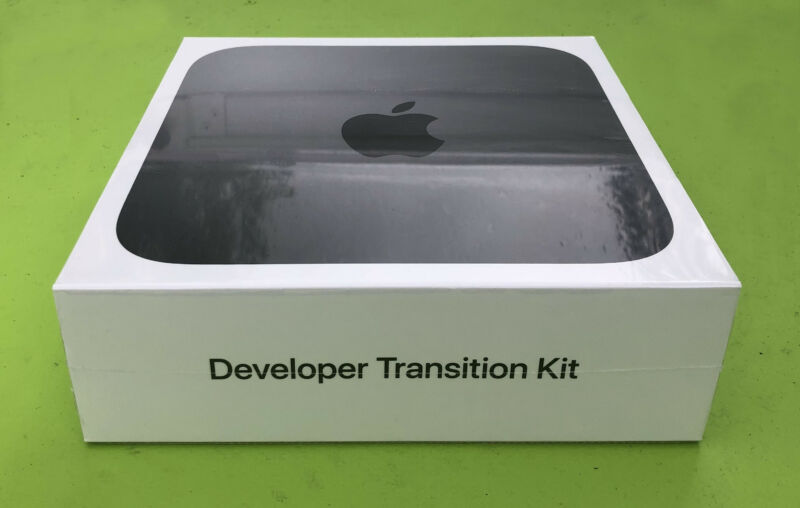 As reported by MacRumors, eager Apple developers are already posting benchmarks on the developer transition kits for Macs with Apple silicon. These kits are based on the Mac mini chassis but include ARM-derived Apple silicon rather than Intel CPUs.
Before we dig in, it's important to note a few caveats. First, the CPU included in these developer kits may or may not reflect the CPUs included in future Apple Macs. These are not consumer products; they're developer tools. Second, the benchmarks were done using Rosetta, which likely still has many changes and optimizations coming. And thirdly, the developers who've leaked this information are in violation of non-disclosure agreements at Apple.
Developers who wanted access to the kit were required to pay a $500 access fee, agree to return the kit after one year—and agree not to publicly write about, review, share, or display the unit without Apple's prior written approval. At least eight developers so far seem not to have read the fine print, judging by the uploads to Geekbench's online leaderboard.