First of all, this is the closest forum category I found. If it does not belong here, please move it.

I purchased a MacBook Pro from US in August, 2007 from Macmall.com
I have been using it for almost an year now.

Incident #1
Around, 4-5 months ago there was some problem with my charger of MacBook Pro. The indication light for the charger would go off (which is red when charging and turns green when fully charged on the socket of charger) while charging.
So, i went to the Apple Service Center and told them my problem. They asked me to leave the charger and told me that it would be replaced within 7 working days.
After around 7 days I received a call from them telling me that my charger is here and I can pick it up.
They gave me the charger, but there was no plug on that charger (which is removable).

I told them that I had given the charger with that plug, but they just wouldn't listen. I told them that the charger is useless without the plug, and why in the world would i need another one if I had it already. I insisted upon checking with them again, and what do you know!!! They had it with them and told them it was a mistake and gave me that plug.
CHAPTER CLOSED.

Incident #2
My laptop's DVD drive was having some problem. It just wouldn't read some CD's and DVD's. I inserted the CD and it would show it as a blank CD. I searched the internet and found that there was problem in the multi drive of some MacBook Pros.
So, I again head to the service center, tell them the problem. They check the warranty, and tell me that only 20 days are left for warranty to expire. They told me that they would replace the DVD drive. It would take 3-4 days. So, I left the laptop with them.
I start calling them after 3 days, but they tell me that there is some strike and it would take some time. The DVD drive finally arrived some 10 days after I gave them the laptop. They call me and tell me that I can pickup the laptop. I went there and noticed there were some scratches and cuts/small dents on the inner side of dvd drive, which were not there when i gave it to them.

(Some of the scratches ASP guys did)
Sorry for the poor quality, picture clicked with N75 phone camera.
I showed it to the guy on ASP, he told me that they were already there when they took the laptop, which I am pretty sure that weren't there. I told them, if they were there, they should have showed it to me and mentioned it on the receipt of the laptop. Anyways, we had quite a heated argument, but they just wouldn't listen.
I told them, I would talk to Apple Customer Care first and then I would take the delivery of the laptop.
So, I call the Apple Care on Friday and tell them about the incident, they registered my case (REF: Case ID 103138660)and told me that I would receive a call from Customer Care Dept. (which is in Australia) on Monday.
I talked to a guy from Apple Customer Care in Australia and explained whole incident to him. He was a nice guy. He asked me if the laptop was working fine? I said yes. He told me that he had not witnessed the case and cannot decide who is right or wrong and since the laptop is working fine and is almost an year old, he cannot do anything and offered me a wireless keyboard as compensation.
Since I had no other option and laptop was working fine, I took the wireless keyboard.
CHAPTER CLOSED.

Incident #3
So, after talking to Apple Care, I went ahead and took my laptop from ASP that very evening.
I came to office today morning and noticed that the laptop was running a little slow. I checked the RAM and to my SHOCK, it only had 1GB RAM. The laptop originally came with 2GB RAM.
I again go back to ASP, tell them about the RAM, and this Sodhi guy (owner) starts throwing profanities at me. He tells me that my intentions are not right, I am making everything up……
I tell him, I purchased a laptop worth $2000 + taxes. 1GB RAM, today costs around $10 (Rs. 450). I don't really care about it that much. But the thing is that you stole from me which is wrong.
But, this guy wouldn't listen.
Since, I took the delivery and checked it back at my place; I had no proof that they stole the RAM. So, i just left.

This is the only Apple Service Provider in my town. Now, I have decided not to purchase any apple products till a new ASP is in the town. I am already using MacBook, Macbook Pro, iPhone and iPod. I just hope that I don't get any new problems with them.

If anyone from Apple is reading this, I will request them to please take action against these guys.
I would suggest you to avoid SEQURE ENTERPRISES for your repairs or if you do not have any other option, be extra careful with them. Mr. Sodhi from SEQURE ENTERPRISES is a very unprofessional, unethical and a rude guy.

FYI, I am not looking for any compensation. I just want that something should be done about this service center. 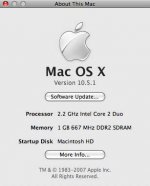 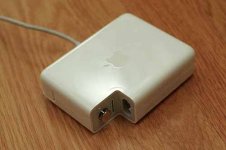 Sorry to hear about your story.

With regards to the stolen RAM, did your MBP come with the 2gb or have you done an upgrade yourself?
I'm asking this because maybe you could get some information from Apple about the original configuration of your laptop. Providing the serial number of the machine, Apple might have records on that. And with that you could use it as evidence for the stolen RAM?

They should definitely have records of every computer they've built. I don't know how you'd prove you didn't take it out yourself though.

What a terrible experience. I hate how you feel after you deal with stupid businesses and inappropriate owners.

Does Australia have a Better Business Bureau?

Fidou said:
Sorry to hear about your story.

With regards to the stolen RAM, did your MBP come with the 2gb or have you done an upgrade yourself?
I'm asking this because maybe you could get some information from Apple about the original configuration of your laptop. Providing the serial number of the machine, Apple might have records on that. And with that you could use it as evidence for the stolen RAM?