As I have already achieved the white LED I have got to work so that the ON indicator of the keyboard brights again. Initially I have soldered a 560 Ohms resistence but when I saw it mounted on the keyboard I realized that the light was too intense, so finally I used an 1kOhm resistor that shows adimmer light. 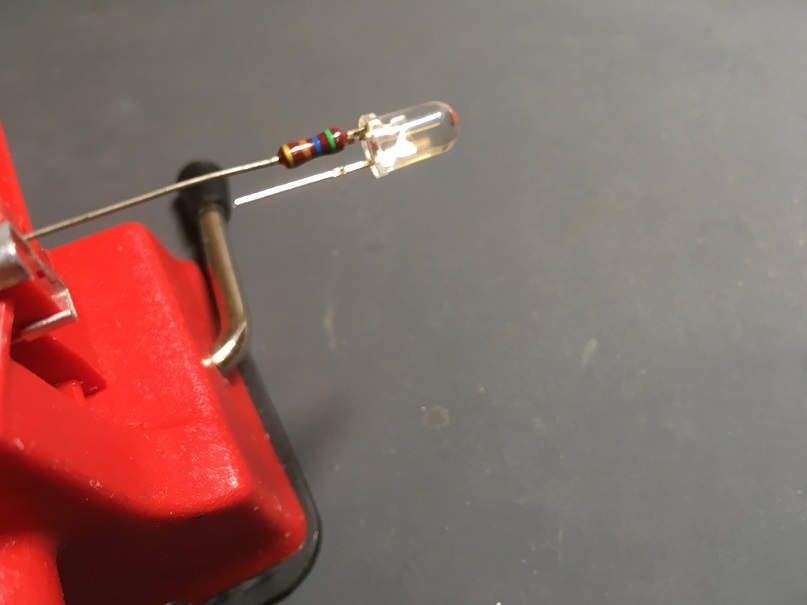 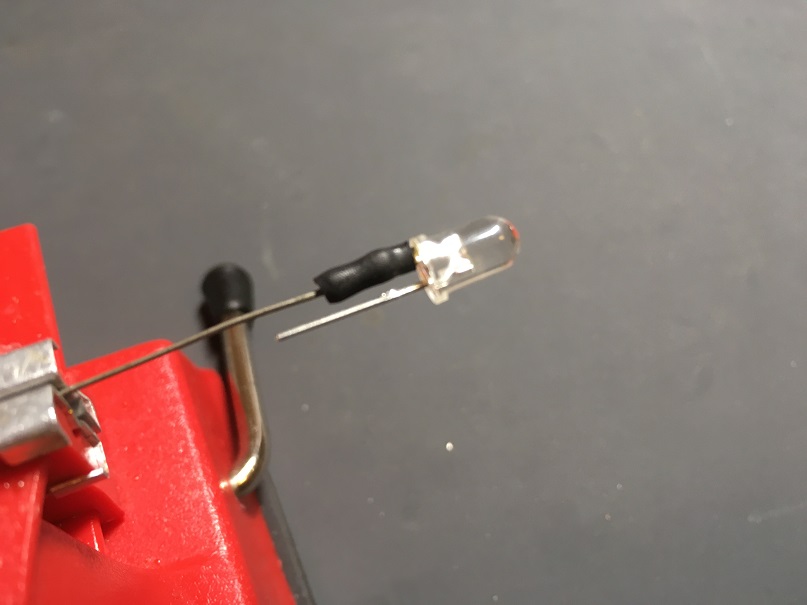 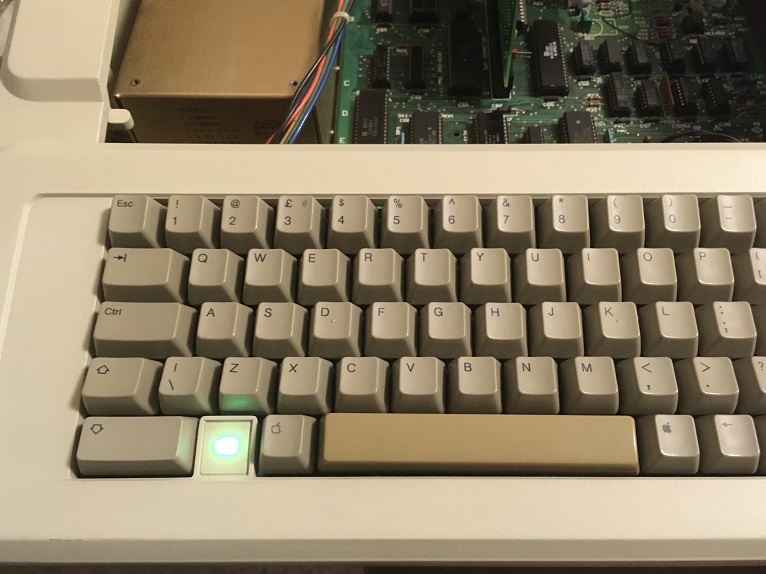 Anyway the light scattering that has a bulb lamp is not the same as that of an LED so probably I'll do some change in the future ..

Step by step I'm going ahead and now it is the turn of the floppy drives. There are two Distar compatible drives and one of them has the cable and the connector broken.

The process has been to clean the cases, clean the head and grease the shaft of the head and motor. Not being able to use one of them I changed the cable that was in good condition to test the drive and it worked correctly, so this stage has given me little work. As the cable of the parallel port board was also damaged I ordered the cables and now it's time to wait for them until they arrive.

What has already arrived are the chips to turn the Apple into "Enhanced" version. It has also been very easy because all the chips on the board are socketed. The kit consists of 4 chips (3 + micro). Now when the computer starts it already shows Apple //e instead of Apple] [ with all the associated benefits. 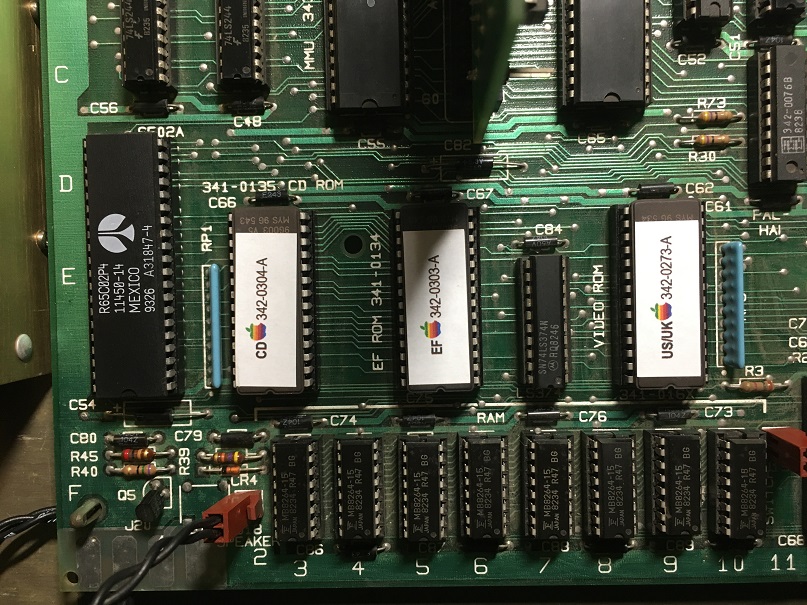 And finally, to finish the adventure with the Apple IIe it is only necessary to thoroughly test the wDrive. 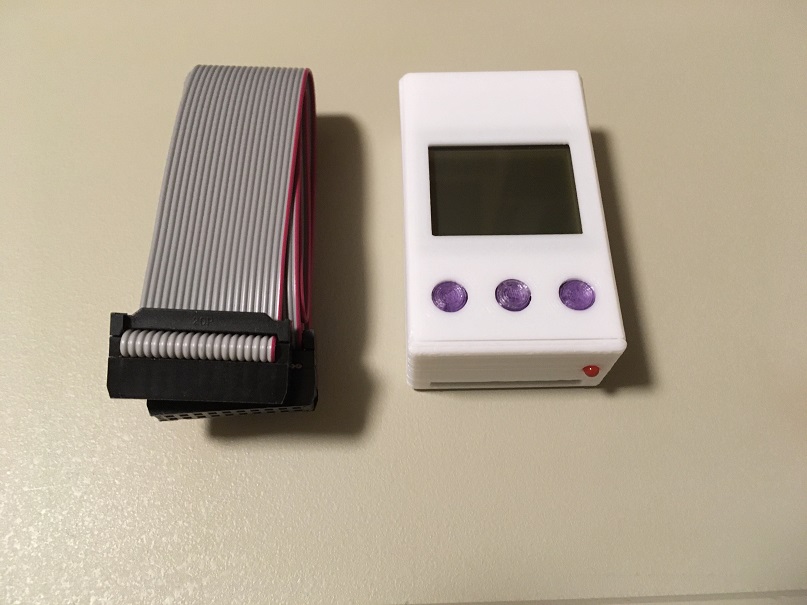 For those who do not know, wDrive is a 5 1/4 floppy emulator that works with microSD card. The microSD has the images of the floppys that are loaded and saved from the wDrive, admitting several image formats. The latest version of wDrive already has an Apple IIe on-screen menu instead of having to use the small display and incorporated buttons. 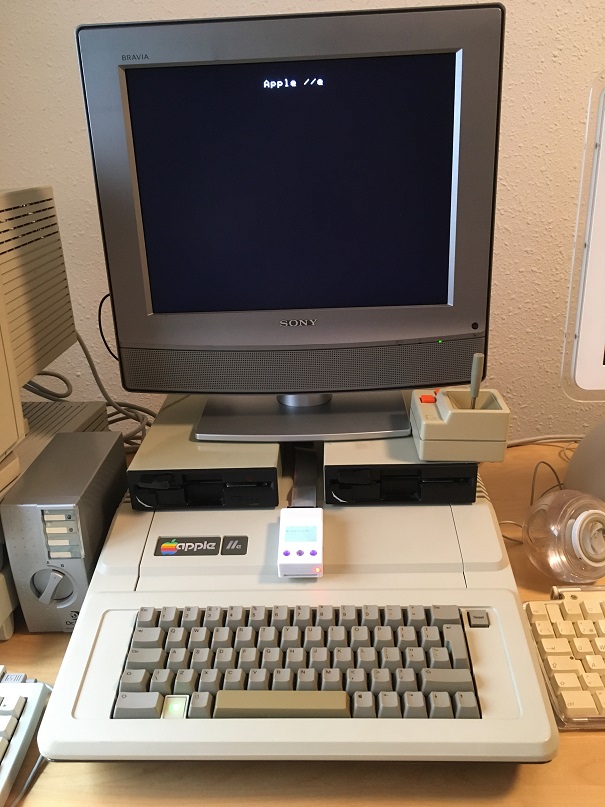 Well, finally I decided to recaped power supply. It has not been a complicated task due to the generous size of the welding points and the type of components to be changed.

The size of the new capacitors even with a voltage greater than the old ones is smaller. To buy them I have used to a well-known electronics website that makes it easy to list and group components by capacity, voltage, useful life, manufacturer, etc ... and most importantly: the distance between the terminals, because in this way you ensure that the holes of the PCB match the component terminals and you avoid to do weird things. Definitely the times to go down to the electronics store on the corner to buy the components is over.

Here are the replaced capacitors, there were a couple of electrolytics that oozed from the bottom as it was so little was not appreciated until you release the component from the PCB. 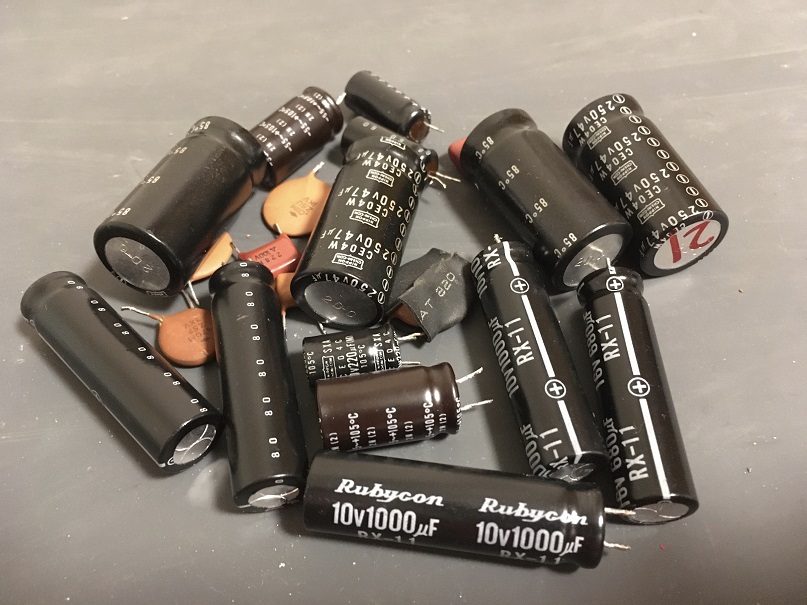 Once assembled and checked the voltages that were all correct I have restarted the Apple IIe and I have not really noticed any difference. Keep doing the slight displacement of the characters so it will be necessary to continue doing some tests. Even with this little problem the computer is perfectly usable, but with time and will I hope to repair it. At least now for another 40 years I hope I don't have to worry about the power supply

Great work. You truly are amazing with what you have accomplished! I worked with electronics for many years both commercial and consumer and have to say that you certainly have a lot of patience and diligence.

Hey... keep us updated on your projects.