I post here because although the Apple IIe it's a very old machine in fact an it's an "Desktop machine" it isn't?

I'm really happy, recently I bought another computer for my retro-collection: an Apple IIe. I was very excited because I was looking for this model in good conditions and price years ago but this is not an easy job here in Europe. The first thing I did once received was to connect it to a Sony TV and turn it on: 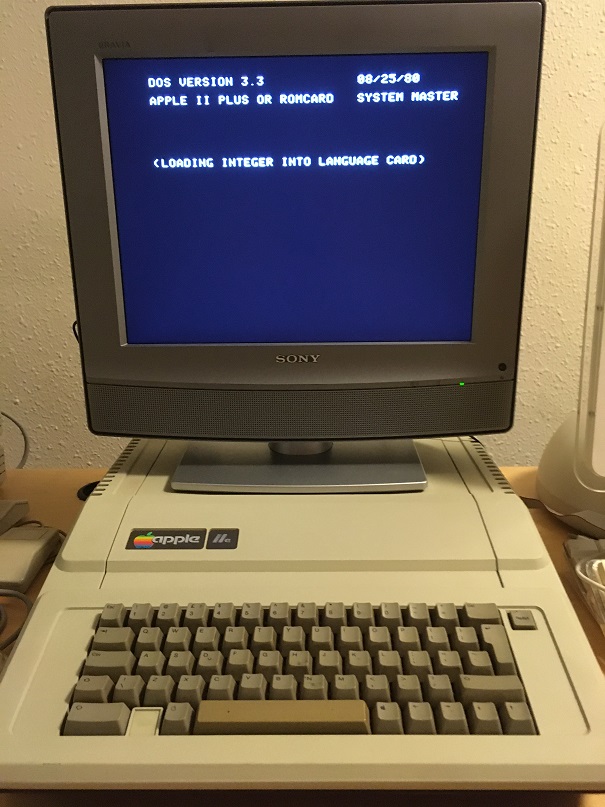 A few minutes after it has been turned on a typical "old-smell" was felt but in this case a little bit more "sweet". I wanted to disassemble the computer completely, so the steps to check and clean it thoroughly would be, in this order:

It was a bit dirty but nothing that a brush, alcohol, a cloth and cotton sticks could not fix. Being an "early" Apple IIe the chips are all socketed so I lifted them all a little on both sides and settled them again. The card slots received a contact cleaner spray and visually there weres no components with problems or cold or broken soldering points so, the work with the motherboard was finished.

To identify an "early" Apple IIe motherboard you should check the location of the COLOR/BN switch in the PCB. In the firsts units as mine it is soldered in the OS1 oscillator terminals towards the center of the board, while in later versions it is placed on the right end of the PCB near to the edge. Also, the two velcro that hold the top housing on its back that later versions don't have.

This I thought would be the most delicate part of the entire cleaning process because I was thinking to find several capacitors leaking or swollen but finally all of them seem to be fine. When the cover of the box was opened the smell that I was talking about at the beginning come and I was thinking that resin of the transformer had dirtied the power supply inside. This worried me a little, because if that happened probably means that the transformer was warming up much more than normal and I don't think it's easy to find this kind of part actually. 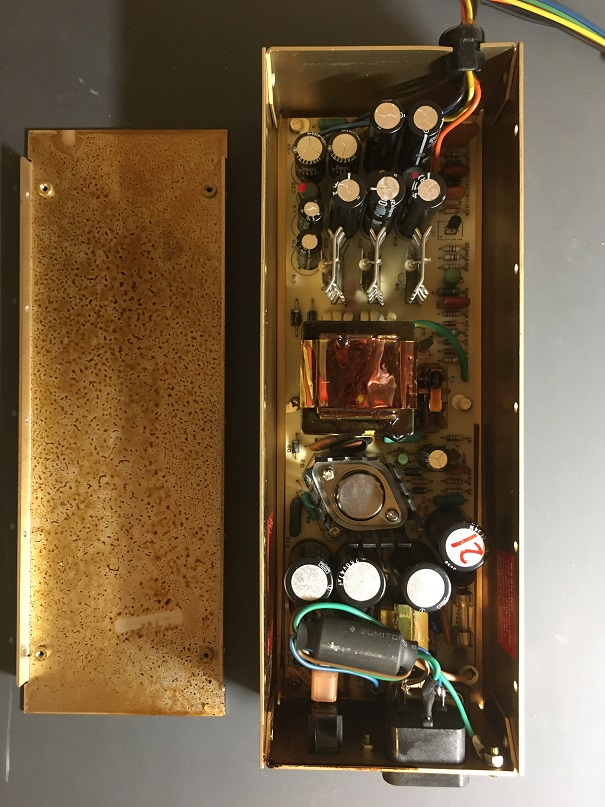 I decided to release the PCB from the housing to be able to clean it and when I had it outside I saw that the cause of the problem was a filter/capacitor that has burned. I had read that this capacitor often brokes down but as it acts like a filter the power supply can work without it, although it is not advisable. Luckily I bought 3 of them to have at home so, I replaced the damaged one quickly. Here is the difference between the burned one and the new. 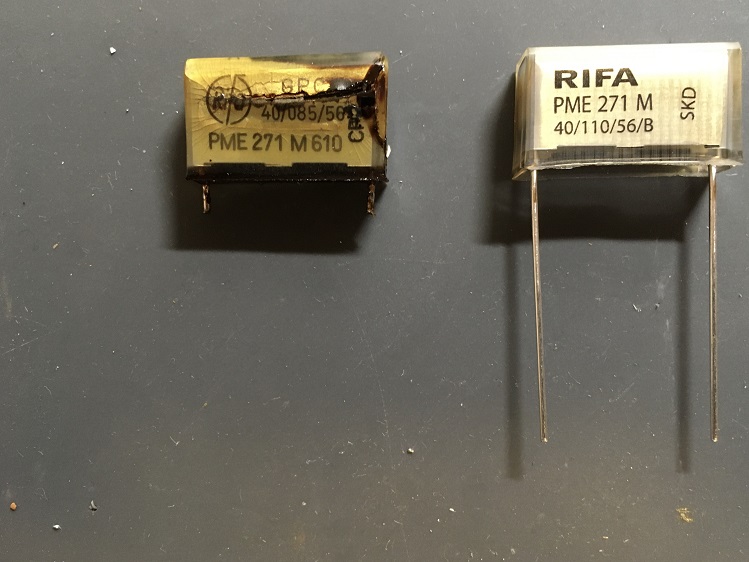 Once the whole power supply has been cleaned, it already looks different: 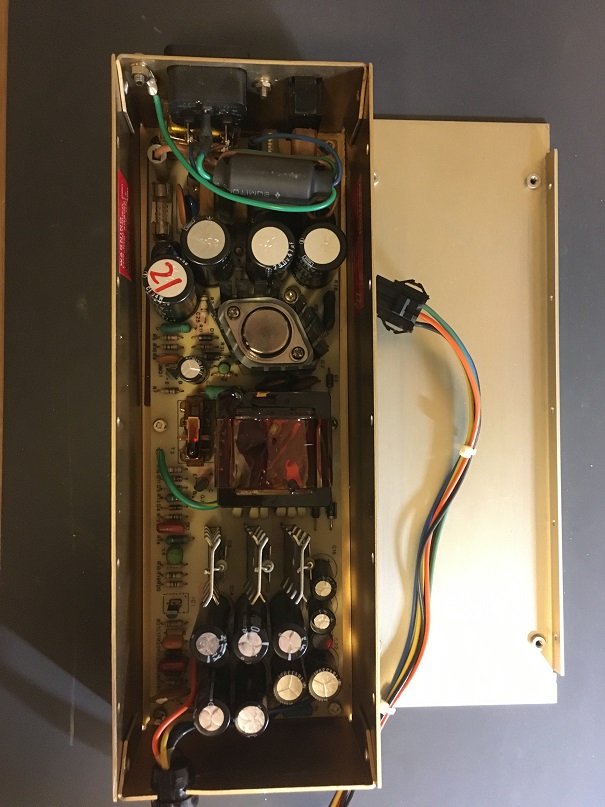 To verify that everything was fine I measured the output voltages and although with some variation all of them were correct. At the + 12v and -12v outputs there is 0,5v difference (above and below respectively) so I will have to find out if there's some adjustment that I can do and what is the correct output voltage without connecting the power supply to the PCB.

As usual there were some keys that returned a little slower after being pressed. Fortunately all of them worked so it has not been necessary to replace any switch. The set-up has thus been limited to release all the key caps, put it them in dish-soap and returning them to their respective positions, but not before printing a photo of the keyboard so as not to be wrong with its place. 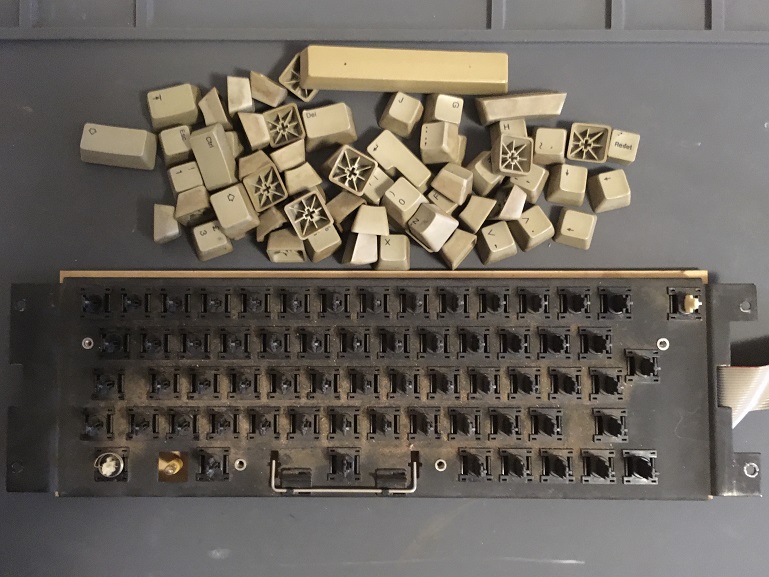 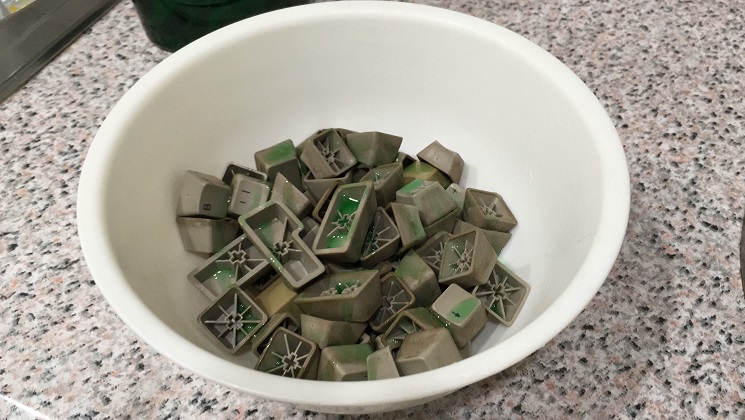 What it was found broken is the indicator light in the keyboard. Due to its age it's not an LED, it's a 5 volts bulb lamp difficult to find so I will replace it by a LED+resistor when available. 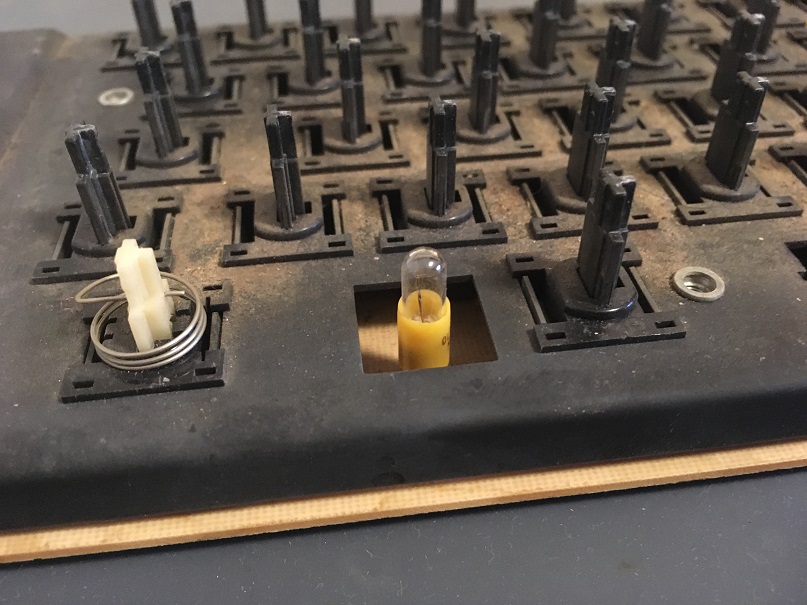 The lamp fits into two small metal bushings instead of being soldered to the PCB which will facilitate replacement work.

Fortunately, the housing was in very good condition, with no rust on the bottom or bumps or breaks on the top, so the job has been just to pass them in the shower and dry the metal braids so that no moisture remains inside. 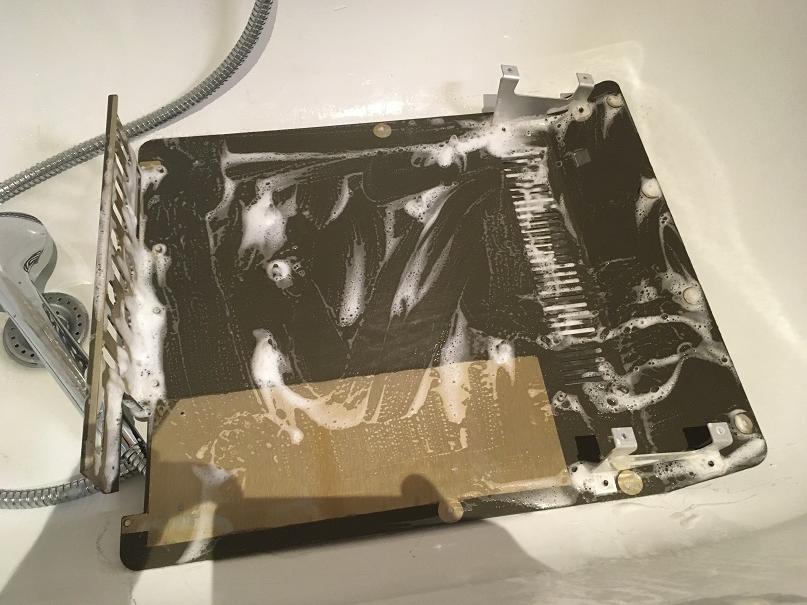 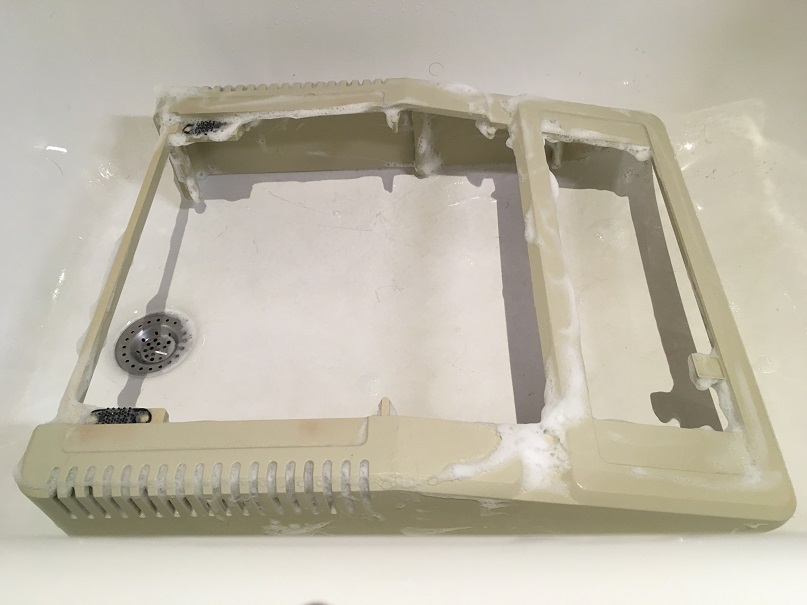 In the absence of replacing the keyboard LED, add some missing back caps to cover the expansion slots and install the "Enhanced Apple IIe chips" when they arrive, I can say that the job with the CPU is already finished. 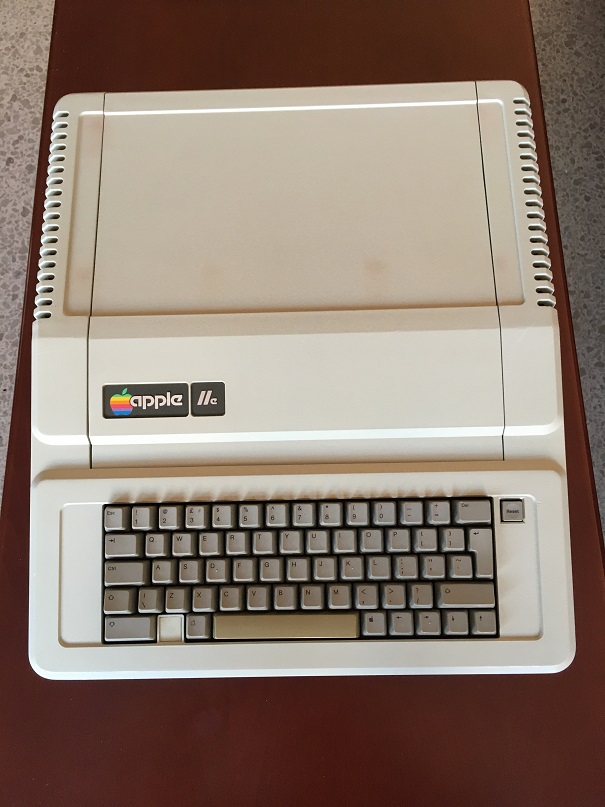 Excellent work! Not having played with computers of this era (I started out in the early 90's), what are the specs of this machine?
P

Raz0rEdge said:
Excellent work! Not having played with computers of this era (I started out in the early 90's), what are the specs of this machine?
Click to expand...

I love it because it was the second computer that I used when I was young (first one was a CBM8032 Commodore machine).

Anyway it's really wonderful to "play" with it , believe me...

Well done and brings back memories - our first computer was an Apple II Plus w/ an extra floppy drive (5 1/4") and a Hayes internal modem card (believe 300 baud before the more modern terminology was developed) - purchased in 1980 for over $3000 once the extra equipment was added (the extra floppy & modem were $500 each!) - I was able to dial in from home and check/approve my radiology reports. Son and I loved games and using local BBSs; wife wasn't convinced until I found an early writing program, Peachy Writer, and set up an Epson dot matrix printer. Dave