I’m going to get the really boring and technical stuff out of the way first, so that I have room for my personal thoughts and… stuff.

What is the Muvi X-Lapse?

“The MUVI™ X-Lapse is the must have accessory for every film maker who wants to add something different to their movie edits.

The MUVI™ X-Lapse enables a film maker to take up to 360° degree sweeping time-lapse images that when edited together create an amazing movie effect.

It has both male and female standard 1/4 -20 UNC tripod screw threads for both mounting cameras on and also for mounting the MUVI™ X-Lapse onto a tripod, perfect for lightweight action cameras with a continuous photo mode such as the MUVI™ HD or GoPro or standard cameras with a time-lapse feature up to a weight of 750 grams.

For cameras that are slightly top heavy the MUVI™ X-Lapse has integral fold out feet to support and distribute the weight.

As well as using with camcorders/cameras the MUVI™ X-Lapse ships with a holder for iPhone/Smartphone and in conjunction with a multitude of smartphone apps enables even the most inexperienced user to make super cool sweeping time-lapse movies.

Another option for the most creative of photographers is creating panoramic super wide angle photos by using the MUVI™ X-Lapse to slowly sweep a panoramic view while the camera or smartphone takes intermittent shots.

NB – The MUVI™ X-Lapse does not come with an app or software but these are readily available on app stores and the internet.

Yep, that was pulled straight from the company’s website. Figured that I couldn’t have described it any better than they did…  So now on to me, being me:

I’m more of a stills guy than I am a videographer, but video editing has always piqued my curiosity. I’m always in awe of those who have the kind of skills it takes to let digital film run free, and then later on analyze and dissect the unfolding series of events which took place and then create a masterpiece out of it.

The Veho X-Lapse is a product that will appeal to the budding film maker and photographer who doesn’t have the budget to pull off purchasing professional video editing tools or camera equipment.

With a little bit of imagination, and ingenuity on the part of the user, the X-Lapse can help one add a bit of magic and fun to their video projects.

I think that the main thing to remember when using something like the X-Lapse is, it should be fun and inspire one to create something different. I know that for myself, it made me really focus on my surroundings as well as the subject matter I wanted to capture.  In fact, I’d say it’s absolutely necessary to spend a good amount of time scouting areas to use before even considering plopping this thing down for a session…

The thing is, just because it may seem like a fun thing to play with, that doesn’t mean there isn’t actual work involved.

In fact, depending on your geographical location, I’d say that you might have a lot of work cut out for you! Right now, it’s pretty cold here in NYC, and such weather doesn’t exactly lend its self to good conditions for shooting with a getup like this. Here’s what there is to consider: one should be ready to stand guard while their phone or camera is mounted on this thing for at the very least 15 minutes. But 15 minutes won’t yield a very good result, so half an hour to 60 minutes would be better.  I personally had to make sure that my phone/camera didn’t get stolen, while freezing my butt off, waiting for an hour while it did its thing.

This plus side of standing around like an idiot, is that random people will ask what you’re doing, and if it relates to either a photo project or terrorism…lol. Either way, it opens the door for conversation with some interesting people (and hot chicks/dudes/whatever you’re into).

The ideal situation would consist of being in an area where there is something going on, since movement in the frames is important. If you’re not in an environment with people, then you might want to make sure that something else is moving, such as clouds, smoke or perhaps lights from passing cars or industrial machinery…

Along the way, I also learned a few things about what to do and what not to do if one wants halfway decent results. For one thing, make sure that you set the X-Lapse down on as flat a surface as possible. If you don’t, somewhere halfway in the middle of the rotation, you’re going to notice that the phone is all cockeyed, and trust me… you don’t want that. It means that you’ve wasted time that you can not get back. Especially if something cool had been a part of those previous frames.

The other thing I learned is to pick the setup spot carefully. If you place it in the middle of where heavy traffic is bound to show up, you then have to worry about someone or something getting right into your frame, which is a waste and although that can be edited out, it’s still a pain. Or another scenario is that someone may actually come along and knock into your phone/camera, which will totally ruin everything, since moving the position changes the entire perspective.  (Then again, if done properly, a change in perspective might add a more 3 dimensional feel…might have to try that). Perhaps the most important part that I have yet to mention is that none of what the X-Lapse can do, would be possible without two more things:  A light enough camera, or a smart phone, and proprietary software to put everything together!

Ah, yes, the software. The camera/phone I had. But for some reason, I thought that VEHO was going to supply a decent app to go along with the X-Lapse. And perhaps I’m a bit spoiled or expect too much out of companies like VEHO (since they do after all produce products which fetch a decent amount of money-I’d naturally assume they employ software engineers to do more than supply firmware) but alas, I have been set up for disappointment in this department.

VEHO states on their website that if one is using their smartphone, they can find a plethora of different types of camera and time lapse applications:

The MUVI™ X-Lapse does not come with an app or software but these are readily available on app stores and the internet. Ships with iPhone/Smartphone holder to enable panoramic time lapse photography using your smartphone with apps such as Time Lapse Pro or Glimpse Pro.

Well, I suppose that two suggested apps are better than nothing? As it turns out, I am using an app called “Lapse It Pro” seems to have a nice array of options and has thus far, been working out just swell for me.  Options are plentiful, as you can see here from my screenshots: 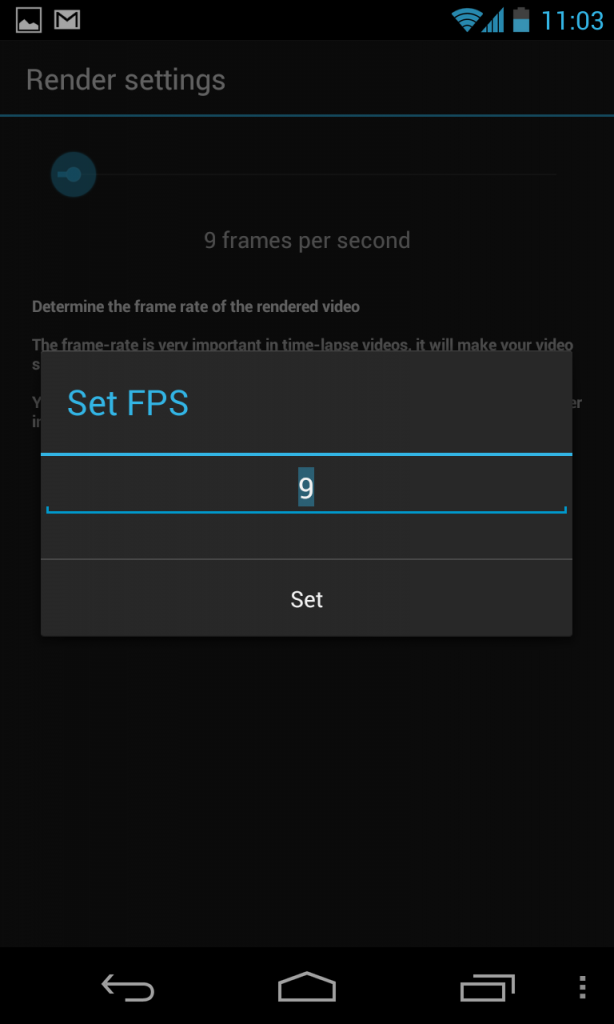 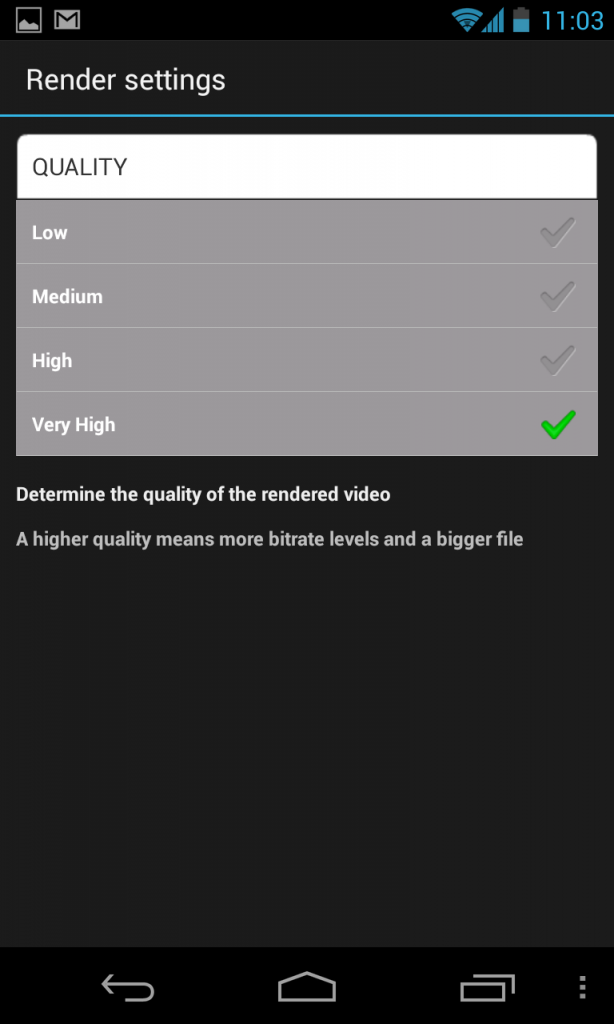 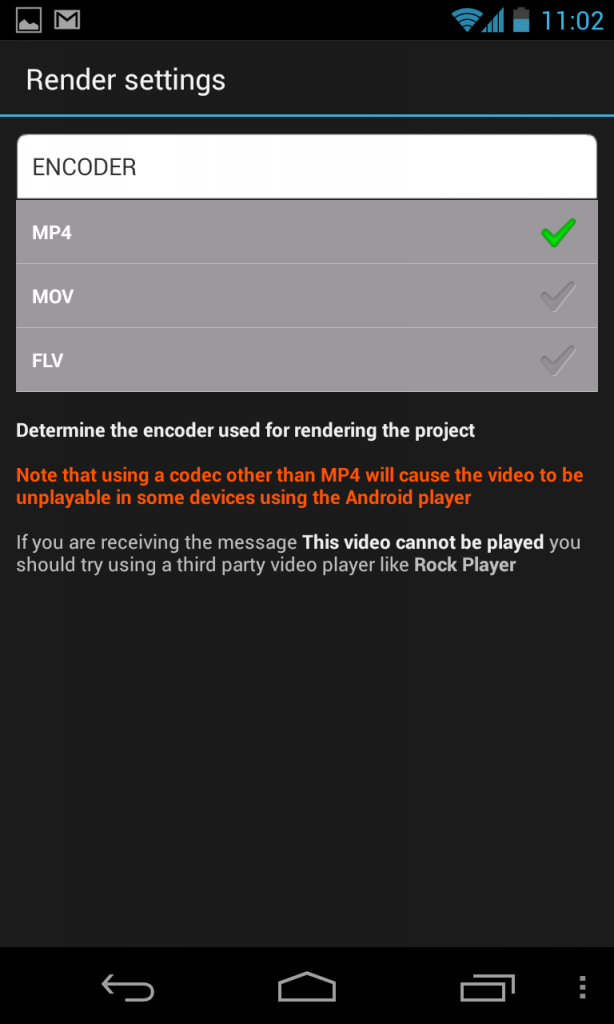 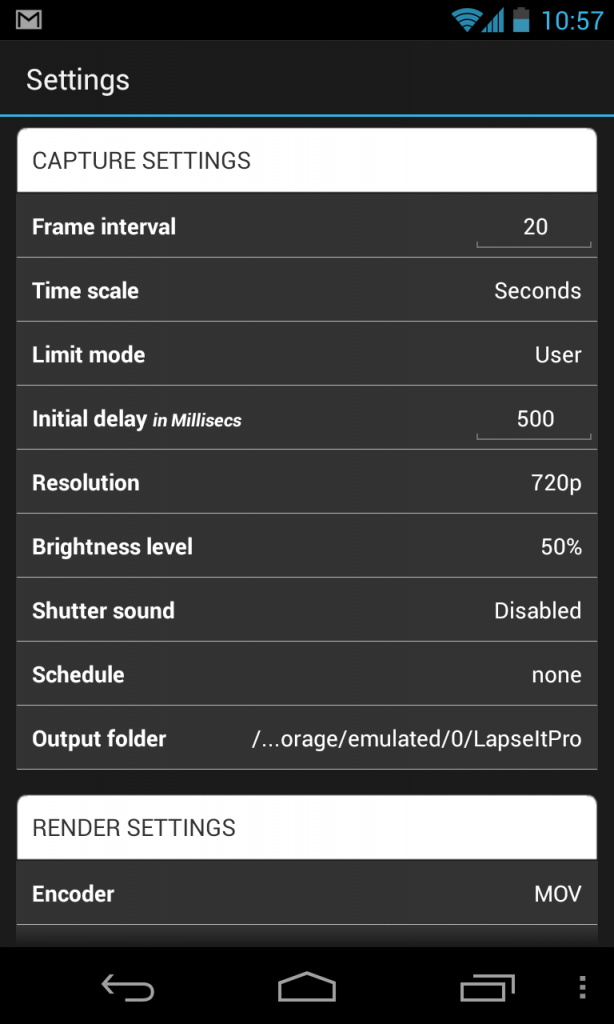 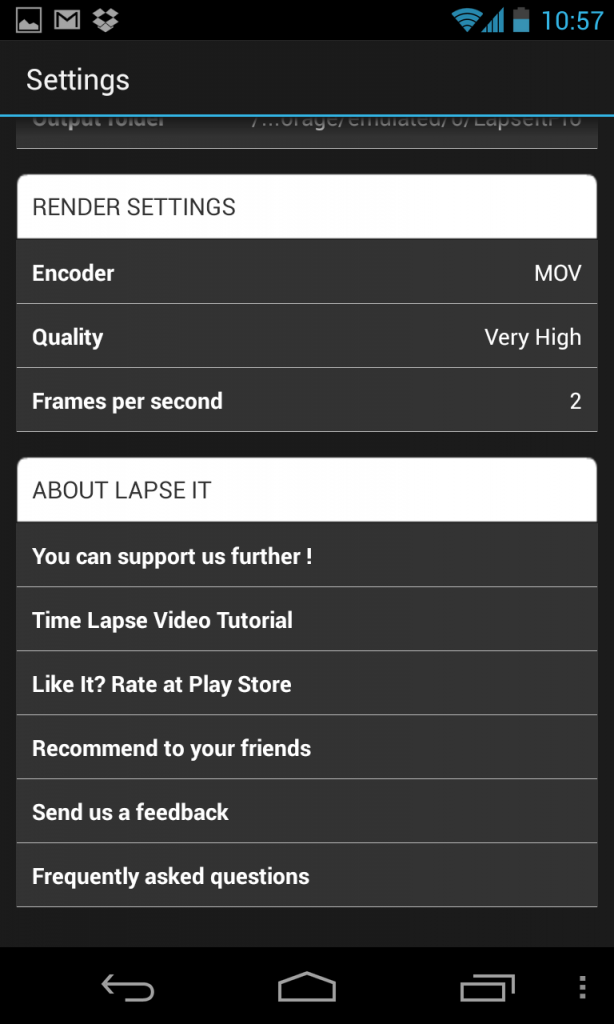 So after playing around with encoding settings and the interval at which one might want shots to take place, and then finally how many frames per second at which to encode at, you then have the camera setting options!

From resolution (240p-1080p as well as full sensor RAW but that one produces HUGE files so unless you have the space, fugeddaboudit’!) to white balance, scene modes and well…let me show you instead: 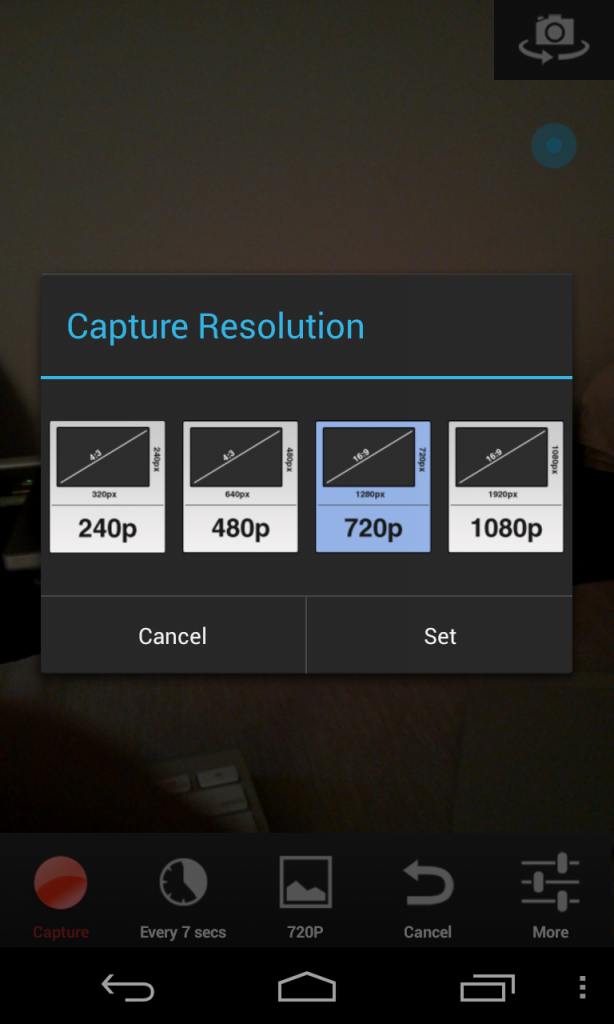 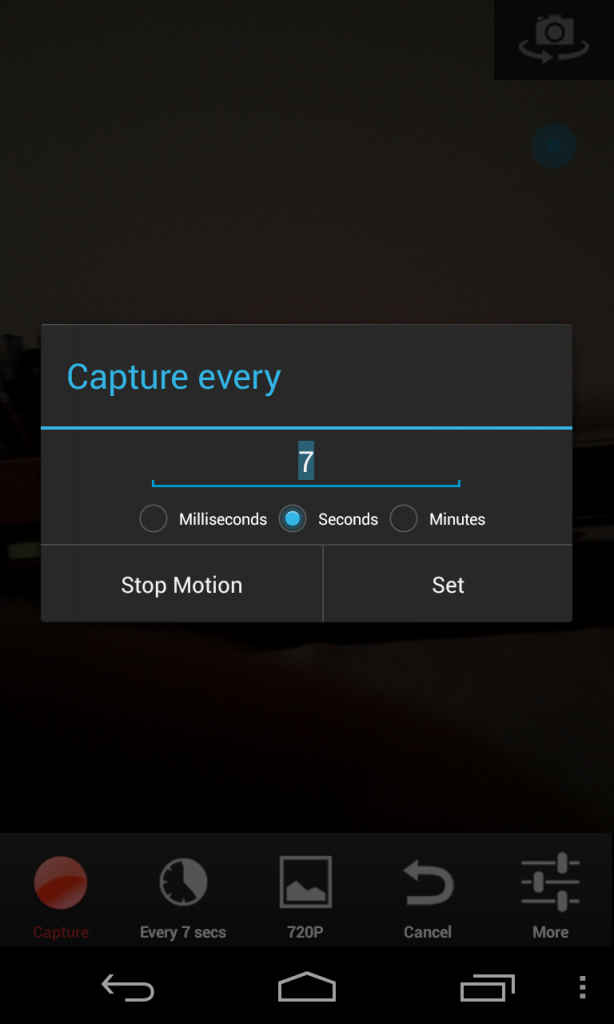 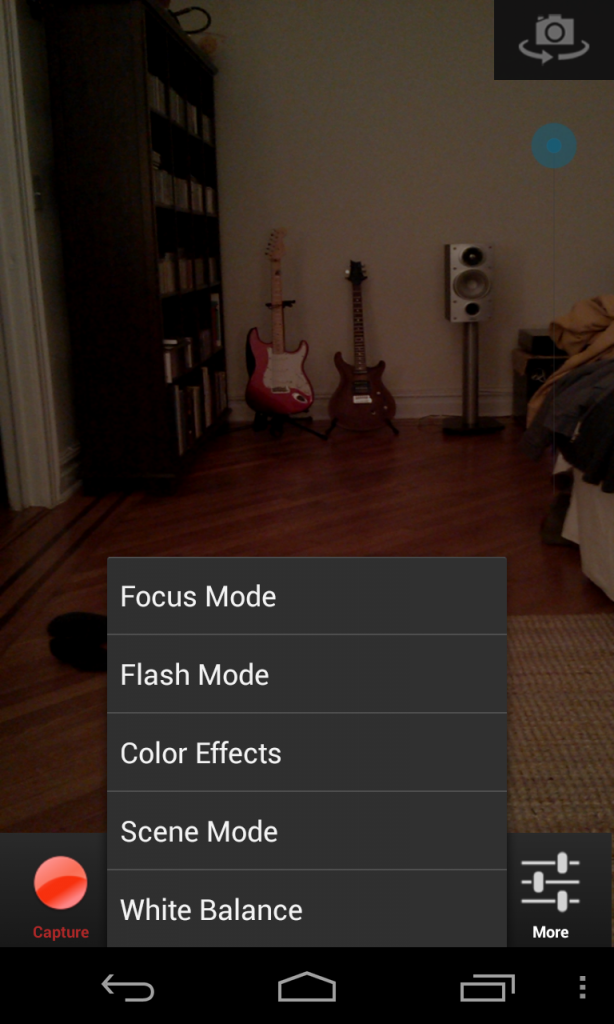 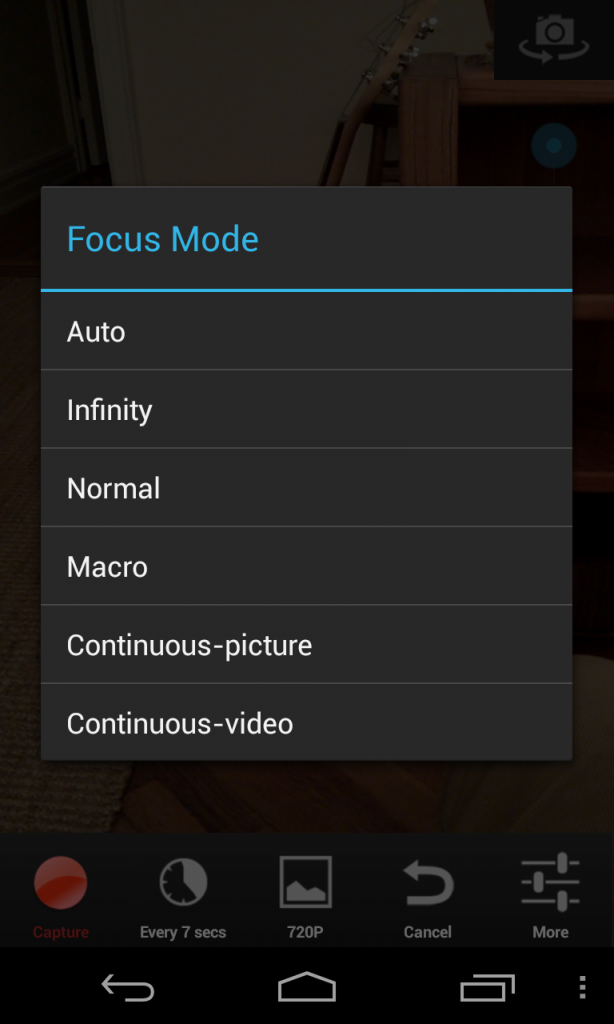 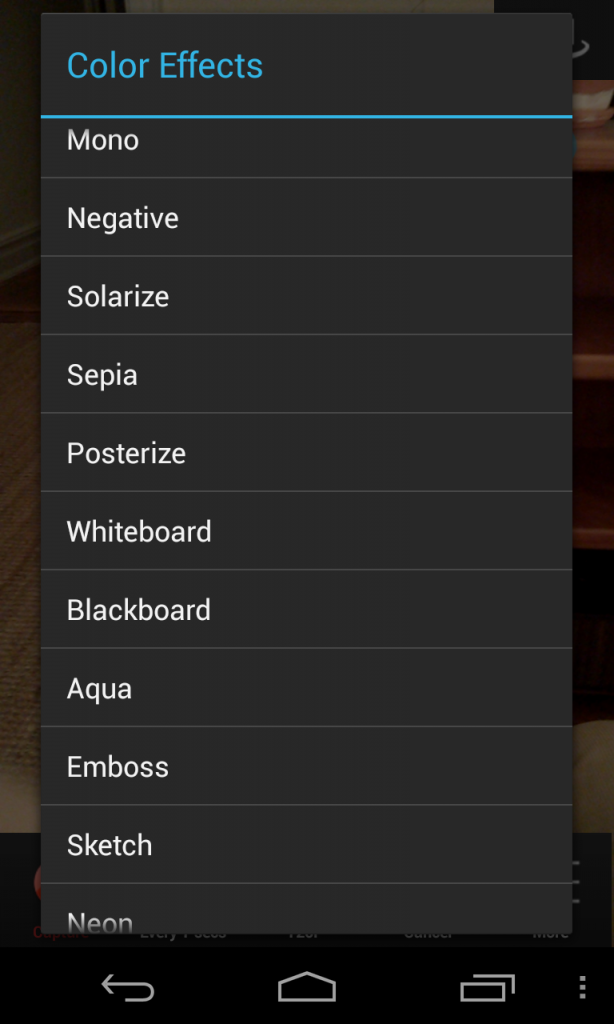 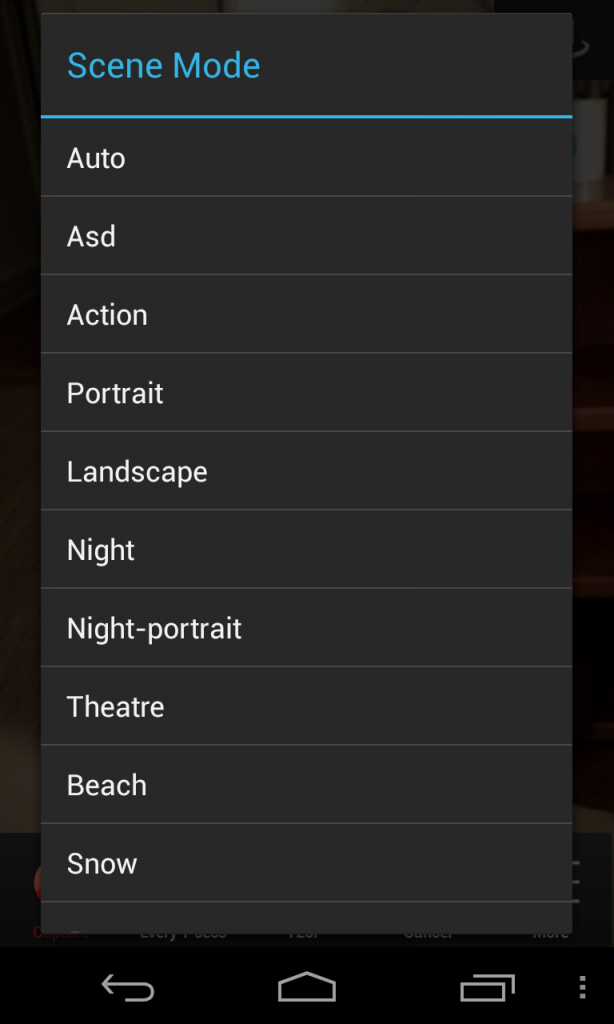 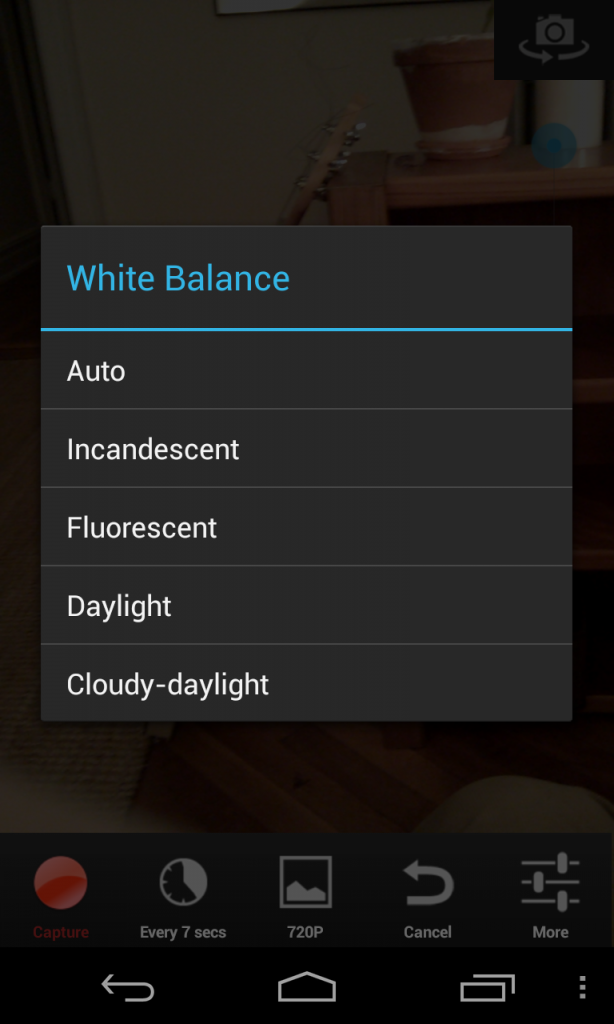 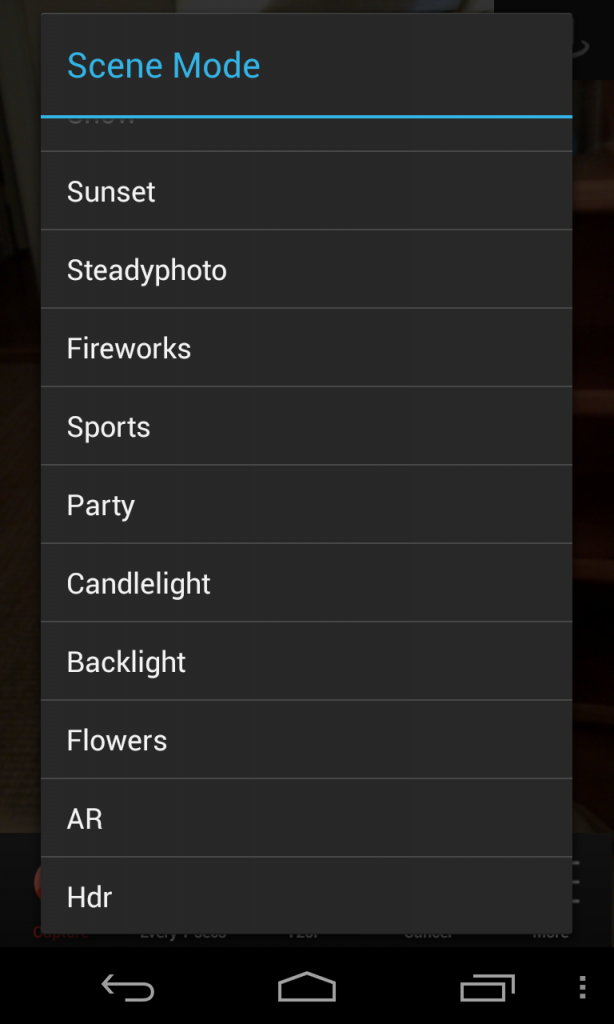 Some closing thoughts on the product: I feel that for the $35 it is going for at B&H Photo, it’s worth it to play around with. Were it any more expensive however, I might not feel the same way. It’s fairly cheap and plastic feeling, and the first thing that came to mind when I held it was: “all this is is an hour long egg timer with legs and a screw.” And for the most part, I think that’s still true.

Complaints: The legs are flimsy, and don’t really do much to stabilize the base once extended. In fact, they really need to have a locking mechanism attached, so that once extended, you don’t have to mess about trying to keep them that way. Plus, they’re a bit counter-intuitive to the way the base moves once it starts counting down, kind of backward.

The other complaint I have is that the smartphone holder should really be called an “iPhone holder”. I used my Google Nexus 4 for this test (gave my wife the iPhone- I’m holding out for the iPhone 5s/6 on T-Mobile) and it is a lot more svelte than the iPhone. The plastic really doesn’t grip the N4 nearly as well as it does the iPhone, which causes there to be a bit of slack, and this can cause any phone which isn’t as thick as the iPhone, to slant a bit. I think that VEHO should compensate by creating at least one more holder, that caters more to thinner phones.

That said:  It’s finally time to set it, and forget it…for at least 45 minutes to an hour.

Most of the projects I’ve seen created with this software deal with landscape scenarios, and while some are nice/pretty looking, they’re all fairly dull. I hope to find an area which is populated with things like birds and people, all while the sun is setting in order to capture something a bit more intriguing.  Also, I’m hoping to make this at least a two part review, or perhaps rolling review, as I get to use the X-Lapse more and envision better things to do with it. I’m also going to do some with the iPhone, which I’m really looking forward to, just for the sake of quality comparison.  That said, please forgive this not so great first attempt, and know that I’ll have a much better clip coming up sometime this week!

The following clip was set for an hour, but I made the mistake of having the app set to take one shot every 20 seconds. This accounted for 86 frames total, which IMO is far too little to do much with for editing.  The next time I go out and create a project, I’m thinking about doubling that number of frames, at least. Might even do 7 second intervals… It’s really all about playing around.

I shot this in Columbus Circle, NYC. And with luck of the draw and time, even though there were a ton of people bustling past me, I managed to evade most of them by setting the timing just right, and they scurried about when the traffic lights turned green, just as the shutter would trigger:

Thanks for checking out the review, and stay tuned for additional project clips during the week some time!