Purchasing a new computer can sometimes be difficult to select & expensive.  To keep costs down…sometimes we pass on upgrades (that we later regret).  One of these upgrades is internal storage.

When Apple first released 2013 and later Notebooks/laptops/portable computers…internal storage was supposed to be non-user-upgradeable.  Later it was found storage was upgradeable (these Apple Notebook computers used a removable blade SSD)…but upgrade products were hard to find and expensive.

Luckily companies like OWC (www.macsales.com) came out with blade SSD upgrades for 2013-2017 MacBook Air’s (which was awesome)!…but they were still on the expensive side.

My wife’s birthday was soon…and I needed gift ideas.  She was complaining that her 2015 13″ MacBook Air storage was getting full (it only had 128GB of internal storage)…I suggested she off load some of the stuff she doesn’t use frequently…but some users just like having everything onboard.

The main issue with blade SSD’s for Apple portable computers is the blade SSD has a special pin configuration: 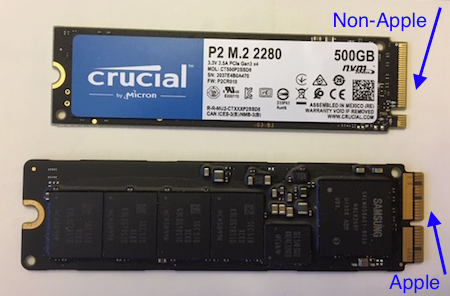 Non-Apple blade SSD is used in many non-Apple computers…thus is much more available & much less expensive. 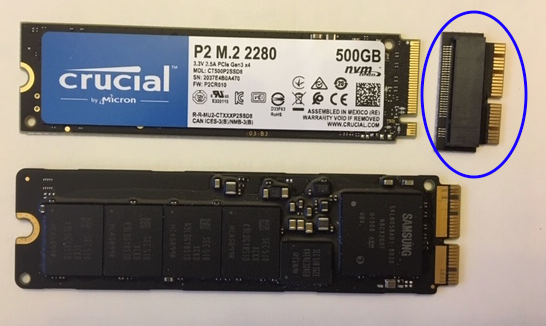 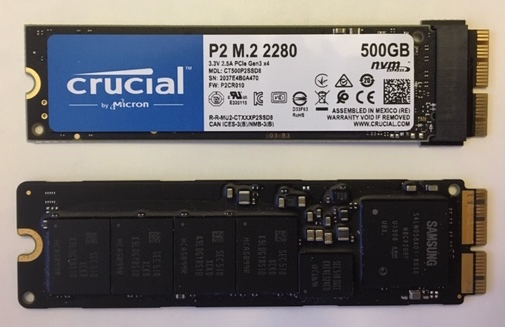 Removal of the original Apple blade SSD (from 2015 MacBook Air)…is as easy as: 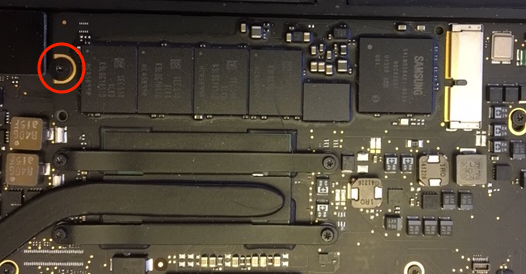 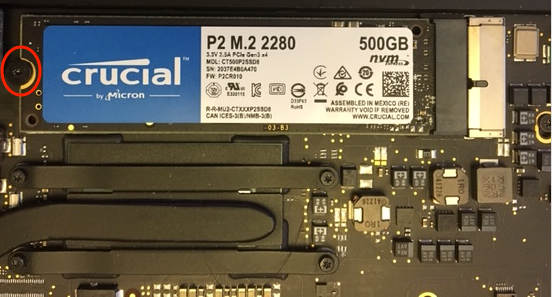 If you’re looking to upgrade the internal storage on your 2013-2017 Apple MacBook Air or 2013-2015 MacBook Pro…and want to do it for approximately 50% less…using the products mentioned in this article are a viable way of doing it.  It should also be noted this non-Apple M.2 NVMe blade SSD and adapter can be purchased separately…and possibly save some additional $$.

The non-Apple blade SSD + adapter have been in daily use for approximately 4 months (February, 2021)…and all is well.