After some time hacking away at the code and ultimately learning a few things about Python, I’ve got a basic workable server up and running. Here are some of the basic features:

Before I continue however, pasted below is the code for the server itself thus far.

As you may remember, one of my criteria for this server was that it run across platforms. Initially, I had imagined that this would includes Windows, OS X and Linux. Well, here it is running on Windows: 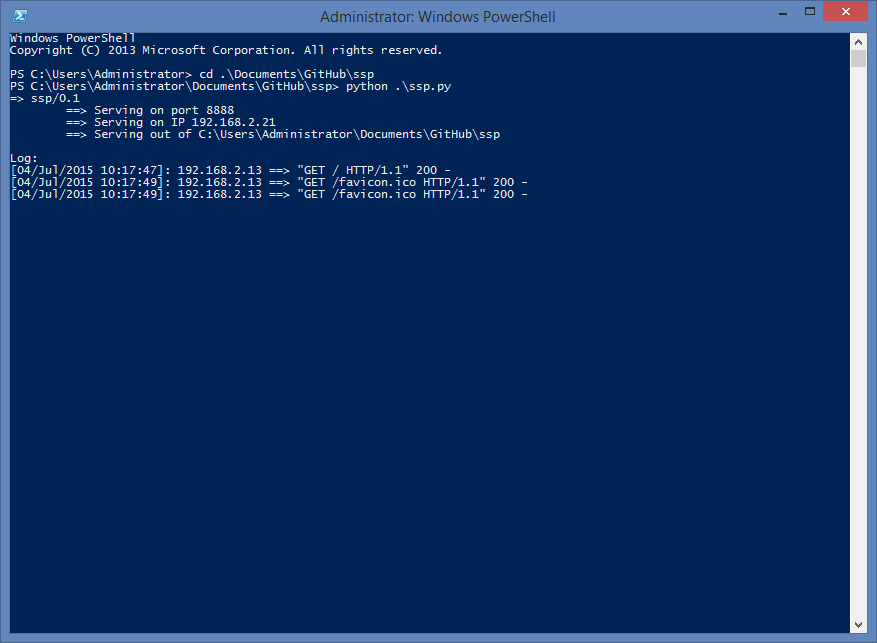 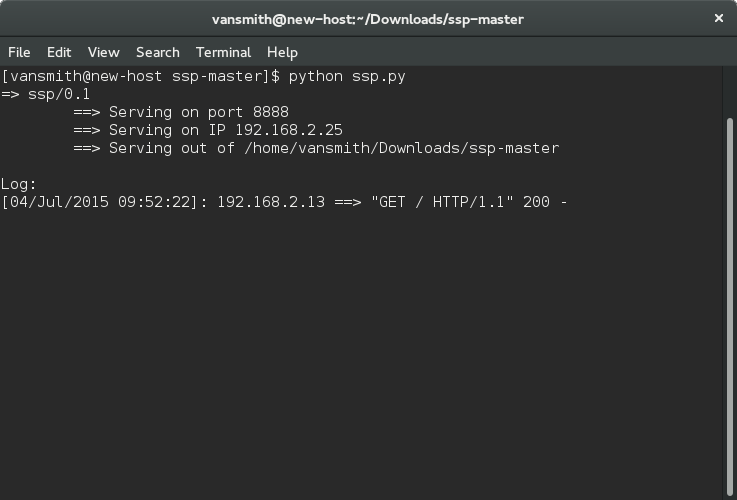 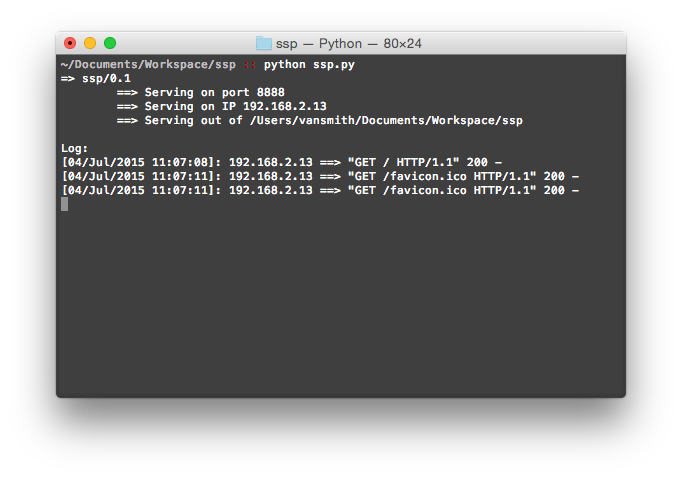 And because it’s possible, Android: 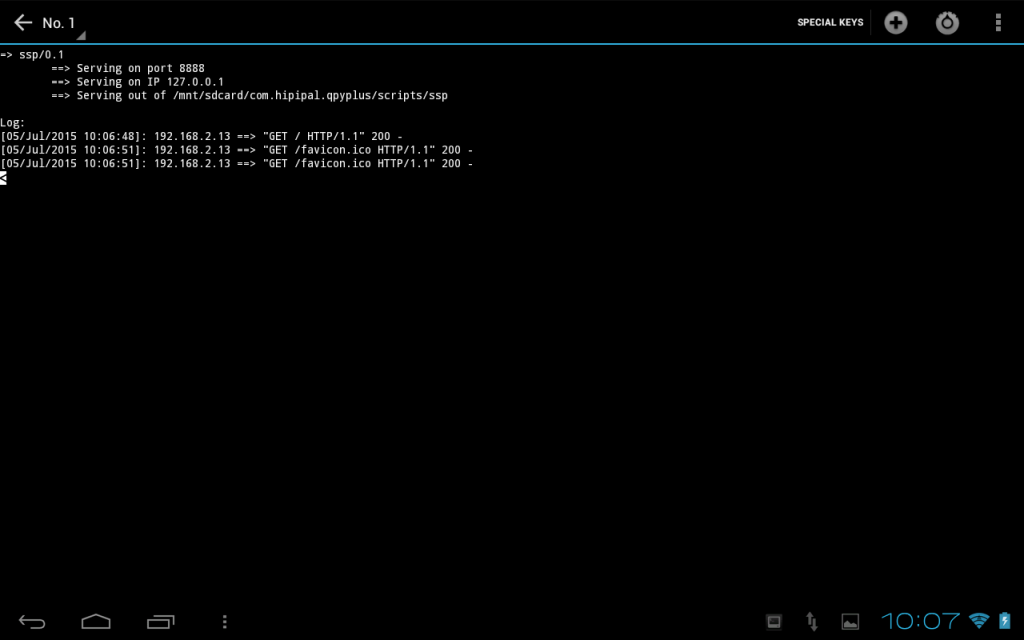 However simple the server is designed right now, it works on four separate platforms with absolutely no modifications. Getting it to this point wasn’t overly difficult as, by its very nature, Python is largely platform agnostic so setting this up really only required me to stick with Python’s standard library (stuff that comes with Python).

The coding has been fairly kind to me. Thus far, not much has prevented me from progressing in any serious manner. One thing that has yet to be implemented is a simpler logging function which will require knowledge of HTTP codes (I’ve only got code 200 accounted for right now which is basically the code for “everything looks good”). Another thing that requires some work is the reporting back to the user the IP address. As you can see in the Android screenshot above, despite running on a device with an IP allocated by my router, it still reports back that the device’s IP is 127.0.0.1 which, although not technically incorrect (I could browser to that on the Android device and it would work), is inaccessible beyond the tablet. Right now, I’ve got the server trying to get the IP address two different ways: through the hostname or the FQDN (fully qualified domain name) so it is possible that a simple configuration change may solve that. However, I hope to develop some sort of system where the server recognizes that one won’t work and then uses the other automatically.

I was also having some difficulties with using the default “it works” page when I was simply opening it from a separate document and serving that. I’m not sure why that is so I’ve hard coded the HTML response into the server which I don’t really like. I’ll, at some point, come up with a much more elegant solution.

There are two things planned now. First, I plan to start testing this server. Given that I’ve got an extra Android tablet laying around that can run ssp, I may use that as my web server to test how well it handles connections and logs requests. The second thing to do is improve the logging. Right now, it basically dumps information into a log file and I’d like to clean that up.

1 Web servers often look for a file called index.<extension> as the first page that is opened. In other words, when you navigate to www.mac-forums.com, your browser is opening www.mac-forums.com/index.php (I believe it’s a PHP file).